skip to main | skip to sidebar

i had to go back are read this again because i was so moved.

have i ever told you what an awesome friend you are?

Excellent. In its simplicity it reminds of things like the film "The Point". Simplicty is sometimes the best way to get the complex done.

I've always written, as long as I can remember.

During the Katrina evacuation, I sometimes wrote for many hours on end without stopping...

I've always written, as long as I can remember.

I never really wrote from the heart until I thought I would never see New Orleans again. Like many others, I owe my voice to this beautiful drunken whore of a city, that taught me what it means to love.

And you can quote me on that.
You know I will. 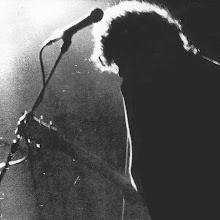 WELCOME TO THE JUNGLE

I have set up this blog site largely because I don't want anyone else to be held responsible for the entirety of my ranting, thoughtfulness, ego mania, raging dispair or uncontrolable delight. Ad Nauseum.

I thoroughly enjoy posting on the ever-so-lighthearted Face Book, however, everybody needs a ventilator sometime.
This is mine.
Take it for what it's worth.
Or not.
I'll probably do it anyway.
Yes, I'm sure of it.

And yes, all material here is copyrighted.
Please ask permission before using any of it, or at least give me the damn credit.

Lord David
Lord David was born feet first with teeth, stolen by Gypsies & raised by Pirates. After being captured by The Evil One during the War with the Giant Rats of Sumatra, Lord David escaped by drawing a window seat third class bus ticket to Cleveland on a cereal box top, and jumped ship in New Orleans. Scoundrel, artist, bartender, hot shot guitar player, ex-punk & rock singer, late night pub philosopher, general layabout & vagabond, he can be found doing whatever pays or entertains. He is also the founder & host of the Skull Club.